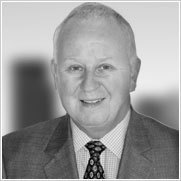 Mr Gear was elected to the federal parliament in 1983 in the House of Representatives and served on a number of parliamentary and government committees including economics, environment, immigration, education and training.

During 1990, Mr Gear was elected Government Whip in the House of Representatives. During this time, he was a Member of the House Standing Committee on Finance and Public Administration which conducted an extensive Inquiry into Australia’s banking system and was also Chairman of the House Privileges Committee. In 1991, Mr Gear led a parliamentary delegation to the United Nations general assembly in New York between September and December. He was attached to the Australian mission and worked as a part of their team in negotiations, speeches and chairing various meetings as required.

In 1993, Mr Gear was elected to the Ministry and became Assistant Treasurer of the Commonwealth of Australia. He represented Australia at the European Bank for Reconstruction and Development in London, The World Bank and International Monetary Fund In Washington, The Asia Development Bank in Nice and the Pacific Forum in Port Moresby.

Mr Gear is currently working in indigenous groups in the Pilbara area of Western Australia to maximise the economic, training and employment benefits in the development of their land for housing to the mining, services and government sectors who need housing solutions in towns such as South Hedland, Newman, Karratha and Roebourne. 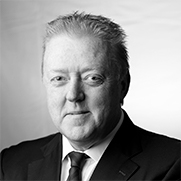 Mr Gooley has over 25 years’ experience in the securities and financial services industries and is the founding shareholder of Novus Capital Limited. He is directly responsible for the overall management and strategic direction of the Novus group of companies. Wayne has an extensive background in the corporate advisory, merchant banking and financial services industries with a particular focus in corporate advisory, mergers and acquisitions and capital raisings generally.

Before establishing Novus in March 2001, Wayne was Head of Corporate Services at one of Australia’s largest retail financial planning and stockbroking groups where he was responsible for initiating its corporate services business and managing its growth from inception to ultimately advising upon or arranging all of its corporate transactions.

Prior to that, Wayne was an Associate Director of a merchant bank specialising in corporate advisory and equity raisings and later in the Corporate Finance Division of Westpac Banking Corporation Limited.

In addition to the above, Wayne has also substantial agricultural and property related interests.

Mr Swan has in excess of 25 years’ experience in the corporate advisory and securities industries. He is a Chartered Accountant and business school trained executive. Prior to joining Novus, he was a Senior Corporate Advisor at Bridges Financial Services where he was responsible for capital raisings and the provision of strategic financial and corporate advice to emerging companies.

Prior to that, Nicholas had various roles in the finance and securities industries, including that of Director and Company Secretary of various listed and unlisted companies both in Australia and the United Kingdom. 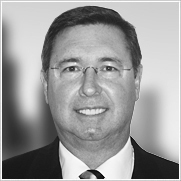 Mr Krause commenced his career in the Financial services industry over 25 years ago as a fund manager with the Trust Company of Australia. Over the preceeding years, Mr Krause worked with Ord Minnett Limited as the Queensland Manager, ANZ Stockbroking as their General Manager, BT Alex Brown as the Head of Financial Services, then moving to Hartley Poynton Limited, heading up their Corporate Finance and Investment Banking Divison. Prior to joining Novus Capital Limited, Russell focused his knowledge and skills in the area of providing advice and investment strategies for small to medium market capitalisation ASX listed companies.

Russell joined Novus Capital Limited in our Melbourne office, in a dual capacity, the first being Responsible Manager, alongside being actively involved in assisting corporate, institutional and private clients. He holds a Diploma in Australian Financial Markets, and has the relevant qualifications under ASIC™s RG 146 to be able to provide investment advice in the areas of securities, managed investments and options. 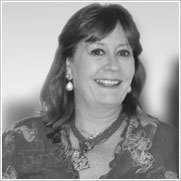 Ms Harman has been in the banking, finance and stockbroking industries for over 25 years and is a Responsible Officer for the Novus Group, Sara started her career with Merrill Lynch and later moved to Citicorp as an Institutional Adviser where she was responsible for running Australian equites for Citicorp’s London office.

Sara has built a significant advisory role with select industry groups including leading banking organizations on practical issues ranging from the day to day components of stockbroking to the interpretation of specific rules and regulations that apply to the industry.

A significant component of her core business and industry activity has been to undertake complex briefings with executive management teams on compliance issues and procedures, issues and obligations surrounding staff training, dealing procedures and account management issues such as discretionary accounts.

In her role as Responsible Officer for Novus Capital, Sara is directly responsible for significant day-to-day business decisions about the ongoing provision of financial services by Novus and its Investment Advisers. Sara also coordinates the required training required for advisers to keep up with industry standards.

Sara is a Senior Lecturer for Kaplan and lectures and consults to the ASX and various companies, conducting full day courses on a wide range of investment topics and compliance issues. Sara has worked actively in delivering education and financial services training on behalf of Finsia for the last 20 years. Sara is also RG 146 Accredited.